Every generation experiences a lifetime catastrophe. I think that’s what they say.  Well, whoever ‘they’ are then, yes. This is the catastrophe of a generation.
In the beginning there was fear and I confess my own fear severely hampered all creativity. I simply stared at the easel or fiddled with a blank canvas or rearranged my haphazard art table into something more or less resembling the chaos of a high tide mark after rough seas.
Fear eliminated inspiration and held in check even the tiniest of ideas.
Looking at Social Media I saw that many artists had turned into machines and were revelling in their isolation. Their rate of production was phenomenal  with  ideas rolling out like spaghetti. This compounded my lacklustre efforts and suddenly it was time to turn away from the easel and abandon the studio.

Well almost...
Freed from art, I dug out the roller, redecorated the studio and cleaned the mildew off the windows.
This produced enough light for me to take another look at the mural I had begun for my grandchildren. Browsing through Edward Lear’s book of birds a tiny spike of inspiration puffed through the beleaguered creative area of my addled brain.

​The Spectacled Owl was hilarious and I enjoyed sketching from Lear’s illustrations. They were loose and anatomically incorrect but required fierce concentration.  At last I was able to focus my thoughts. 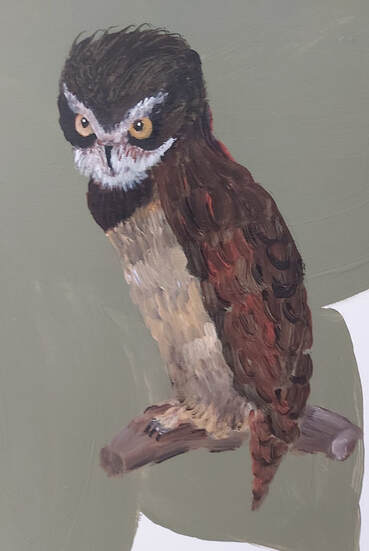 Monoprinting
​
Next up in the arena of experimentation was monotype printing.  I had attended printing classes years ago and even used the presses in St Ives regularly so tried to dredge up some of the techniques I’d learned.
I followed a couple of YouTube videos and attempted  monotype printing in the studio.
Oh, Lord. There are no pictures of this debacle.  After a shockingly unproductive two days of effort, acetates, inks and slurred prints vanished into the bin.  Worth a try but I really did need a tutor breathing down my neck to start printing again.
​Designing Website
​
With Open Studios cancelled I wanted to launch a show online so devised a Little Picture Show. There wouldn’t be many viewers but as an exercise, it felt important and took no time at all to put together a collection of small paintings. Paintings that were hidden on shelves wrapped up in bags or stacked in racks.  Some of the samples were over 10 years old and represented a totally different style from today. 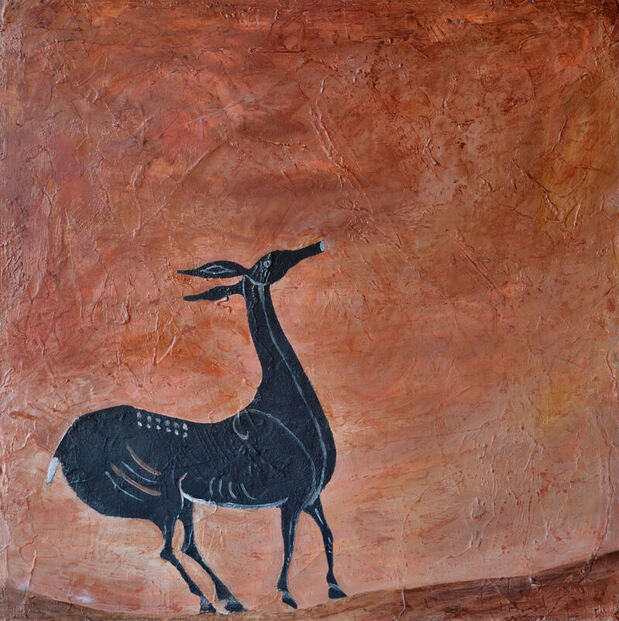 Back to the Easel

And finally, after five weeks away from the easel I was back. And with such vigour.
I resolved to paint my biggest canvas yet.
Dear Simon spent a day grafting in the workshop to produce a frame 3 foot by 5 foot for which I had a piece of cotton canvas.  In fact we produced two large canvases. A delicious challenge for the month ahead..
Copyright (c) 2010 Penny Rumble